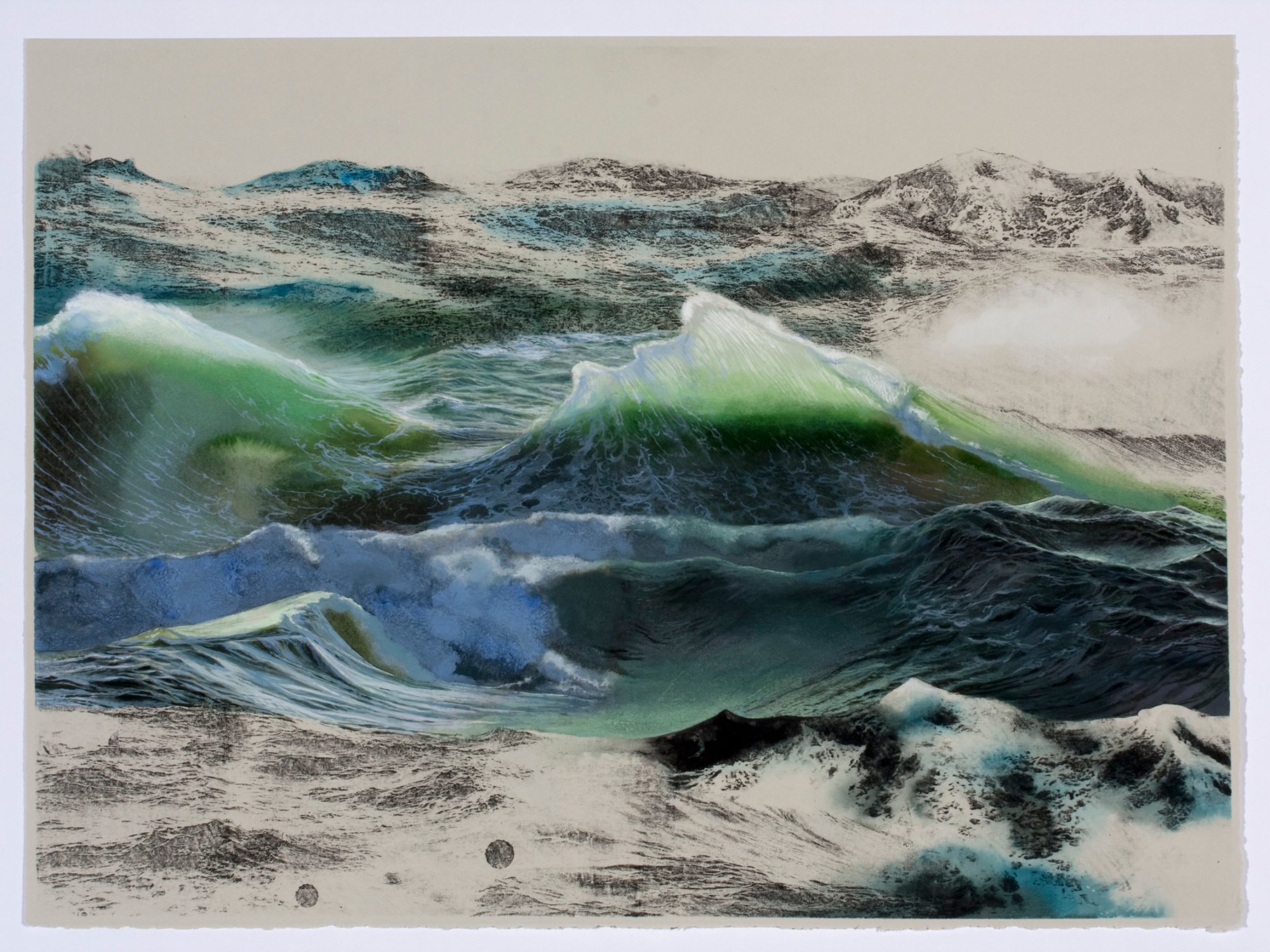 Reviews of On the Brink of the Sea

Ó Loideáin Rochelle’s poems are vigorously Boston-Irish- Catholic, steeped in tragedy and wit. She embraces poetic form and romance and renounces the commonplace. On the Brink of the Sea reverberates with life, wonder, and a call to service.  It crosses over our neat American borders into 21st century war and epidemic, plumbs a harsh and sometimes tragic childhood and comes up rich with dark humor and faith.  This is a rare and tender and transformative book.

This is one of those rare collections that blends strength and softness, poems arising from the world about us observed with unbridled compassion, ardent generosity, and fierce honesty. Here, one finds glimpses into the depths of that rare slant of light shimmering, as it sometimes does, on the surfaces of things. Here, one finds the world as it is, and yet the poet brings us to see how it is coming-to-be in the way resurrection sometimes steals into the tomb’s dark tunnel of loss. We can only be grateful for a work of such uncompromised beauty and glimmering goodness.

–-MARK S. BURROWS, author of The Chance of Home: Poems

In Ó Loideáin Rochelle’s poems, gorgeous in sonority, exuberant in tone, we hear the voice of the poet-prophet (a contemporary one, indeed, from many cultures, many spiritualities, many histories) who decries our depredation of nature and our cruelty to the Other among us (the stranger, the refugee, the outcast).  These are songs of witness, Blakean in breadth, exhorting us to confront the horrors of the world but also to revere nature (Sister Earth, Sister Water, Brother Desert) and, just as compelling, to embrace the innate beauty inside all of us.  Ó Loideáin Rochelle is not just a poet of incantatory, transformative language, but also a poet of consummate craft.  So compelling is her command of the line and the image, that turning the page becomes an act of revelation.  The range of forms is astounding as well, and all expertly executed: sonnet, rimas dissolutas, triolet, sestina, plus couplets, triplet, and quatrains, even prose poems.  She is without question a poet of passion, a poet of conviction, who creates a refuge, a home for the universal sacred, in this capacious and eloquent collection.

On the Brink of the Sea is a poetry collection forged in real life experience and wonder. Drawing from her careers as midwife and epidemiologist as well as interrogating her personal roles within family dynamics, these poems find the poet exploring the language of empathy with an eye towards understanding and revelation. Midway through the collection, the question is asked: Tell me how to cure myself when sorrow weeps? While at times full of fascination and warmth, and at other times weighed by being witness to the suffering of self and others, she offers possible answers in an unflinching poetic presence.

Loideáin Rochelle’s most recent poems show her still “circling around God” but in many new places and surprisingly original poetic forms.  She brings to life through metaphor and sound the experience and meaning of dozens of birds and watchers from around the globe.  She also expands her poems through dialogue with her poetic mentors and spiritual gurus, such as Mallarme, Valery, Charles de Foucault, Petrarch, Garcia Lorca, and Ignatius of Loyola.  It is no surprise to learn that some of these poems originated from “sacred moment” at retreats on the California coast or in African slums.  She even invites the reader to listen in on Pope Francis and his spirituality of the environment. As she warns us, her poems invite us to join her on “an island of serenity/ In the poet’s mind like June sun in an orchard.”